You don't have any saved vehicles!

Look for this link on your favorites:

Once you've saved some vehicles, you can view them here at any time.

CALL US FIND US

Open Today! Sales: 9am-7pm | Call us at: 509-455-9100
Gone are the days of the loud, dirty diesel. Technology has come a long way since Mercedes-Benz debuted the original diesel engine more than 100 years ago. In that time, we’ve gone from the world’s first diesel engine to one of the world’s cleanest. And it’s not just clean for a diesel. It’s one of the cleanest automotive options on earth – a feat we’re extremely proud of, and hope you will be too.

Breakthrough BlueTEC® technology controls emissions by driving exhaust gases through filters to the catalytic converter, where they mix with a new water-based additive called AdBlue. This process converts polluting nitrogen oxides into harmless nitrogen and water. The result is a significant reduction in soot and pollutants, making the BlueTEC® engine smoother, more efficient, quieter – yet also more robust – than its predecessors. So regardless of which of the three luxurious models:

You choose, you’ll get one of the world’s cleanest diesel engines.

Mercedes-Benz developed the BlueTEC® so that drivers could truly have it all — performance-oriented luxury vehicles that deliver superior fuel economy with a smaller environmental footprint, while delivering superior torque. BlueTEC® is the culmination of more than 100 years spent developing, and then perfecting, diesel engine technology, from the company that invented diesels in the first place.

How green is it?

Mercedes-Benz BlueTEC® vehicles get 20 to 30 percent better fuel efficiency than similar-sized gas-powered cars, and can take you 600 miles – that’s a trip from New York City to Detroit – on a single tank of fuel. But it’s more than a break for the pocketbook. BlueTEC® vehicles now meet the emissions standards of all 50 states, including the 10 states with the most stringent pollution laws.

The breakthrough innovation in a Mercedes-Benz BlueTEC® engine starts with improved combustion, which makes for a more efficient use of fuel. Then, en route to the tailpipe, exhaust gases pass through filters and mix with an AdBlue additive in the catalytic converter, which converts polluting nitrogen oxides into harmless nitrogen and water. The result is a significant reduction in soot and pollutants, making BlueTEC® one of the world’s cleanest diesel engine.

How is it made possible?

Mercedes-Benz credits the innovation of Ultra-Low Sulfur Diesel (ULSD) with making the BlueTEC® system possible. ULSD is a refined diesel fuel that has much lower sulfur content compared to regular diesel fuel, resulting in dramatic diesel emission reductions. ULSD is required for the precise engine and advanced exhaust treatment technology of all Mercedes-Benz diesel vehicles.

Why Choose A Mercedes-Benz Diesel?

Get Directions
Search
Find Your Vehicle ×

You don't have any saved vehicles!

Look for this link on your favorites:

Once you've saved some vehicles, you can view them here at any time. 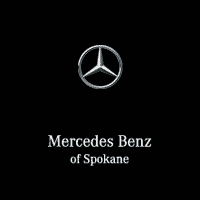